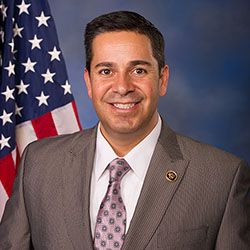 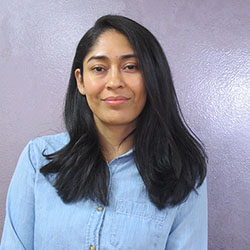 Santa Fe Community College announces U.S. Rep. Ben Ray Luján will provide the keynote address to the graduates of the Class of Fall 2018. Commencement begins at 10 a.m. Sat., Dec. 8 in the William C. Witter Fitness Center on campus at 6401 Richards Ave. For the fall commencement, 497 students are eligible to graduate. The number of students eligible to participate in fall commencement has increased by 12 percent in comparison to those who were eligible for the 2017 fall commencement.

“Our graduates have worked hard to attain their goals to earn a certificate or degree and I congratulate all of them!” Cecilia Y.M. Cervantes, Ph.D., interim president of Santa Fe Community College said. “This academic year, the college is celebrating 35 years since it was founded. In recognition, graduates participating in the commencement ceremony will receive a special 35th anniversary commemorative medallion. We wish our graduates continued success as they join the thousands of alumni who strengthen our economy and community with the wisdom, skills and knowledge they acquired while earning their academic credentials.”

Congressman Luján said, “For 35 years, Santa Fe Community College has been a foundation of knowledge and economic growth in New Mexico. There, students gain the tools they need to further their academic goals and to compete in today’s economy, whether that be in the health care sector, early childhood development, or the clean energy workforce. I’m incredibly proud of this year’s class of students for their dedication to the acquisition of knowledge, and commend the faculty, staff, mentors, family and friends who have supported these graduates as they’ve pursued their goals.”

Since being sworn into Congress in 2008, Congressman Luján has worked to create good-paying jobs in New Mexico, increase access to affordable, quality health care, protect New Mexico’s natural resources, build a clean energy economy, and restore checks and balances in our government. He is a member of the House Energy & Commerce Committee, sitting on both the Health Subcommittee and the Digital Commerce & Consumer Protection Subcommittee.

Congressman Luján represents his diverse district by participating in a variety of caucuses, including the Congressional Hispanic Caucus and the Native American Caucus. He serves as co-chair of the bipartisan National Labs Caucus and the Congressional Cleanup Caucus. Luján is a founding member of the Tech Transfer Caucus, which works to move technological innovations from New Mexico’s national labs and universities into the marketplace.

Student speaker Rosa Turner, 38, is receiving both an Associate in Arts in Accounting and Associate in Arts in Business Administration. Born in Honduras, she is one of 11 children. While neither of her parents were able to receive an education higher than the second grade, both instilled the value of an education, said Turner. Her father helped the eldest daughter in the family pay for her education. Subsequently, the siblings helped their next youngest brother or sister reach their educational goals by passing along the gift of education — Rosa being one of the youngest siblings. Prior to becoming a U.S. citizen, she began her studies in business in Honduras where she worked as a bilingual secretary. The mother of a ten-year-old daughter, Turner said, “It was a sacrifice worth making.”

The December graduation class, which includes graduates who completed their studies this past summer or in the fall, is diverse.

This December, 497 SFCC graduates are eligible to receive 546 awards. Forty-five students will receive more than one award. Of those awards, 355 are for certificates.

Mariachi Mestiza will perform the recessional music. The public is invited. No tickets are required; people are encouraged to arrive early because seating is available on a first-come, first-served basis. Designated handicapped parking spaces are available for those with an official handicapped license plate and tag. If you have guests with accessibility needs, please arrive early to ensure proper parking and seating.

An online live-stream of the ceremony will be available during and after the event on the college’s YouTube channel.

Maps to the college, the Fitness Education Center and parking can be found here: