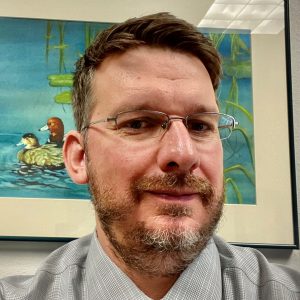 Todd Eric Lovato serves as Executive Direction of Marketing and Public Relations at Santa Fe Community College. Prior to this position, he worked as Web and Digital Media Strategist and earned “Communicator of the Year” from the National Council of Marketing and Public Relations District 4. Previously, Lovato was the editor-in-chief of SantaFe.com/Hutton Broadcasting, an online arts-culture-entertainment website that houses the web presences of six radio stations. Lovato worked as SFCC’s Director of Media Relations from 2007 to 2011. Lovato has worked as a freelance writer for various publications and a journalist for the Albuquerque Journal.

He is a six-time New Mexico Music Award-winning music producer and musician. Lovato also currently heads the electronic-folk-rock duo Todd and the Fox.

He holds a bachelor’s degree in Communication and Journalism from the University of New Mexico and a Master of Business Administration from the College of Santa Fe.