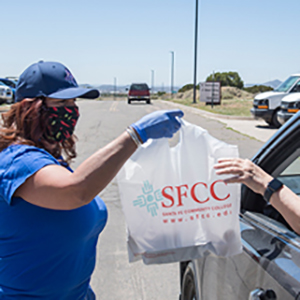 March 30 @ 11:00 am - SFCC Library
The SFCC Library is offering curbside services for the spring semester. Students, faculty, and staff may request library items for pickup....Read More

Complete/Signed Petition to Graduate to walk in Commencement Ceremony