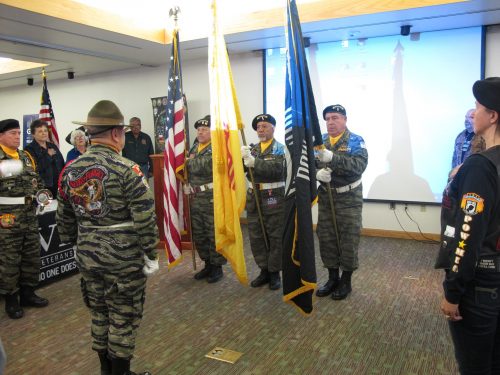 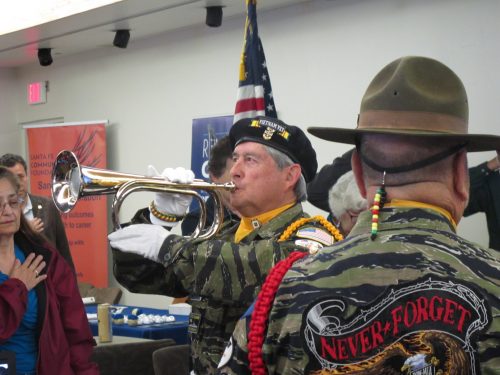 A solemn moment as "Taps" is played in honor of the second anniversary of the loss of one the college's student veterans to suicide. Afterwards, Veterans Resource Specialist Gregory Scargall asked for 22 seconds of silence for the approximately 22 veterans a day who die from suicide. 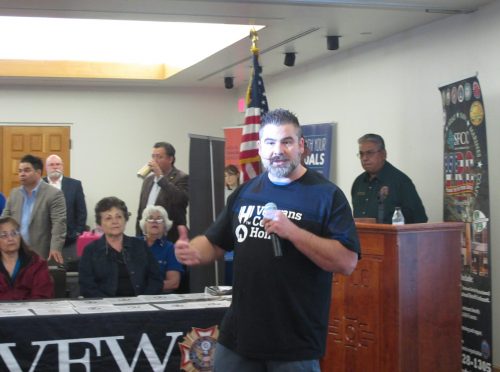 Veterans Resource Center Coordinator Gregory Scargall welcomes and thanks all of the sponsors who supported the Veterans and Family Appreciation Day. 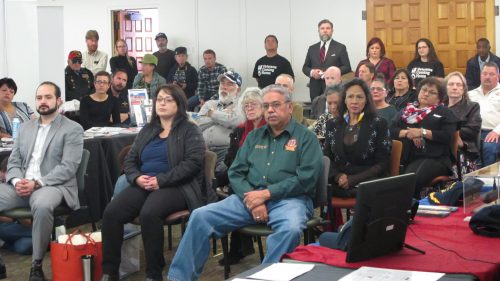 Dignataries, administrators, staff, faculty and others came out to attend the event. 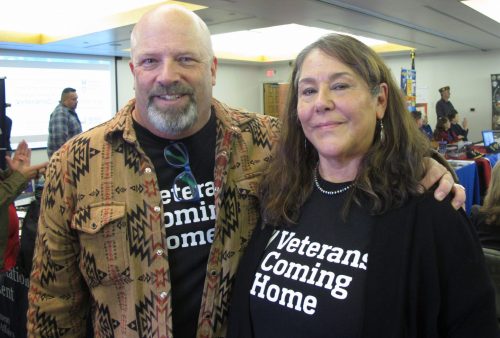 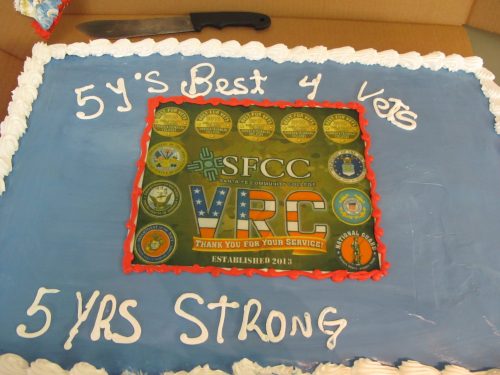 SFCC's Veterans Resource Center served a cake that celebrated the college's designation as a Best for Vets by Military Times for the fifth year. 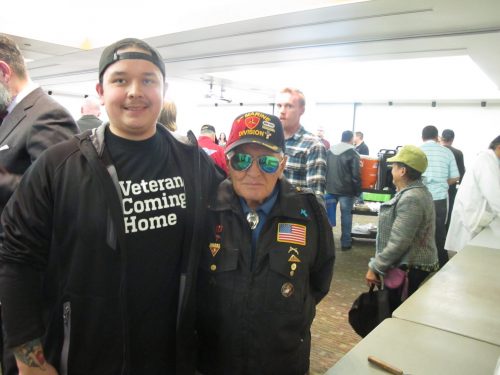 SFCC student veteran Sebastian Gonzales, 25, and José James Gallegos, who will be 85 later this month, were cited as the youngest and oldest veteran at the event and were asked to cut the celebration cake. Gallegos, who served in North Korea and Japan, has logged 14,800 volunteer hours to help veterans over the past 40 years. He makes frequent trips to visit veterans at the V.A. Hospital. 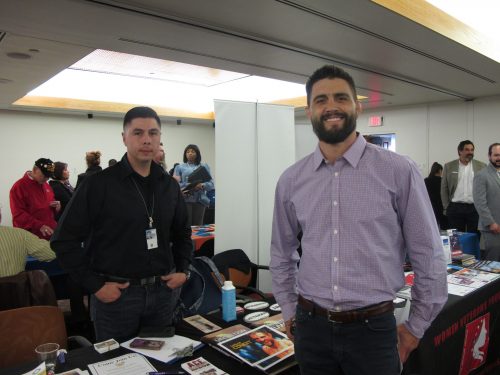 SFCC's AV Tech Marshall Martinez and OIT's technical Support Specialist Fine"Spirit" Routt were among the many getting posters and memorabilia signed by New Mexico’s Mixed Martial Arts Fighter Carlos Condit (center), who was a guest speaker at the event.