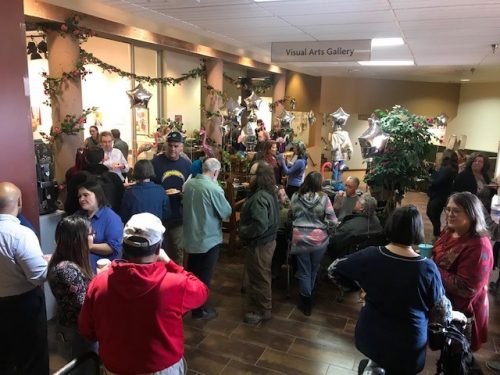 Festive decorations and balloons added to the fun of Bernadette's party. 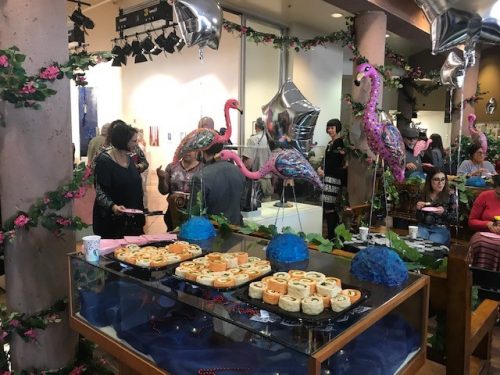 Refreshments and sculptures all had an artistic touch. 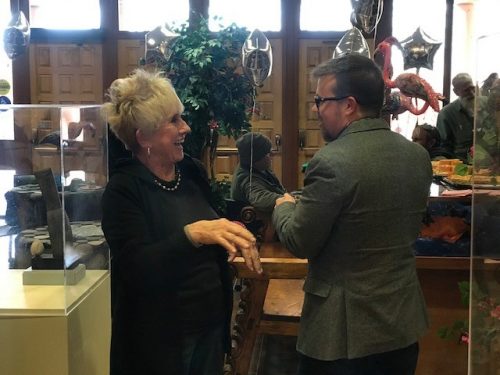 Head of the Printmaking Patricia Pearce shares a laugh with Associate Dean Shalimar Krebs at the retirement party. 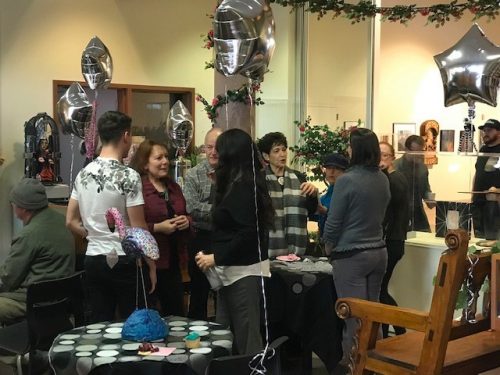 Faculty, staff and students, as well as members of the community attended a reception for Dean Bernadette Jabobs, Ph.D., who retired last week. We thank her for her dedication to students and the college, and wish her the best as she begins her retirement.

Dr. Jacobs began working at SFCC in 1992 as a counselor. She taught for more than 17 years at SFCC and won multiple teaching awards. She previously served as chair of the Social and Behavioral Science and Humanities Department. She was the child development therapy administrator of SFCC’s Nosotros program during academic year 2004-2005. She also was a consultant and trainer at New Mexico Highlands University in the areas of suicide intervention and prevention, and in communication, stress management, and conflict resolution.

Before moving to Santa Fe, Dr. Jacobs was employed as a counselor at El Camino College and Santa Monica College. She was involved in art-related businesses in southern California where she represented to interior designers and architectural firms the work of artists who created fine art prints. She also worked as a salesperson for galleries that represented contemporary artists who worked in various media. She attended El Camino College in southern California and holds a bachelor’s degree in Psychology from California State University, Dominguez Hills, a master’s in Counseling and Guidance from Loyola Marymount University, and a doctorate in Clinical Psychology from Pacifica Graduate Institute. She served as a licensed clinical counselor in New Mexico for over 20 years. Dr. Jacobs is a member of the New Mexico Global Education Consortium.

Special thanks to Ashley Martinez, who took these photos.