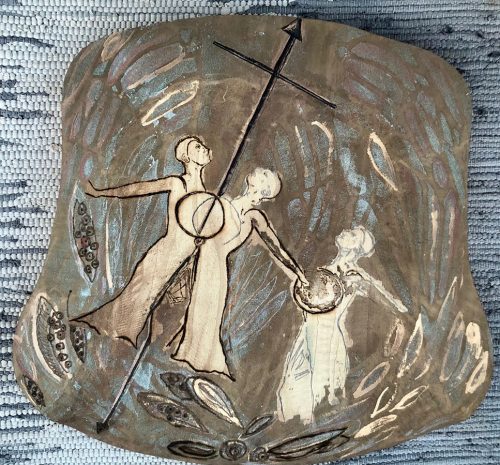 The first of Emily Stern's pieces in the exhibition.

The second of Emily Stern's art featured in the show. 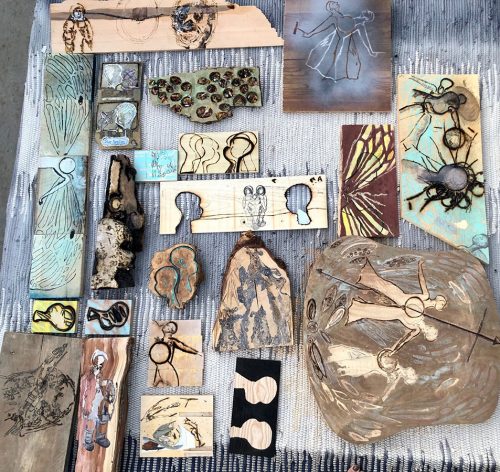 The third of Emily Stern's pieces. It's a part of her "Photo Albums of the Future."

Emily Stern was part of a group art show, originally to open in Seattle on April 11, but instead was on Zoom and YouTube. See more information here.

Stern’s work is called “Photo Albums from the Future.” She expressed thanks to the fine woodworking department for letting her use some of their scraps for her work.