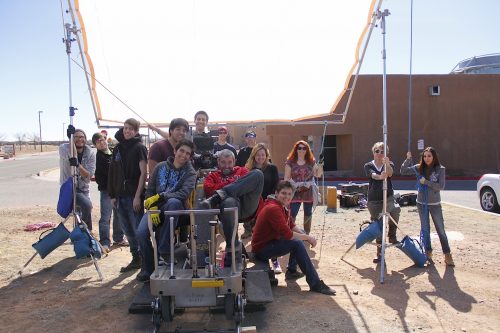 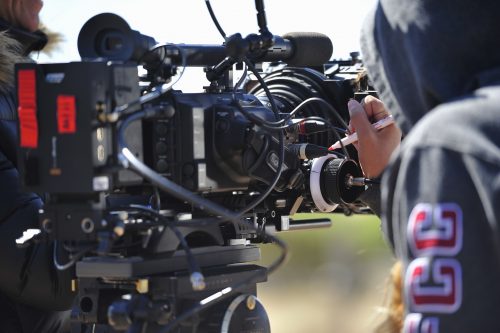 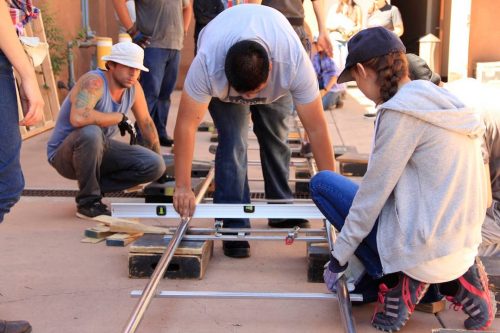 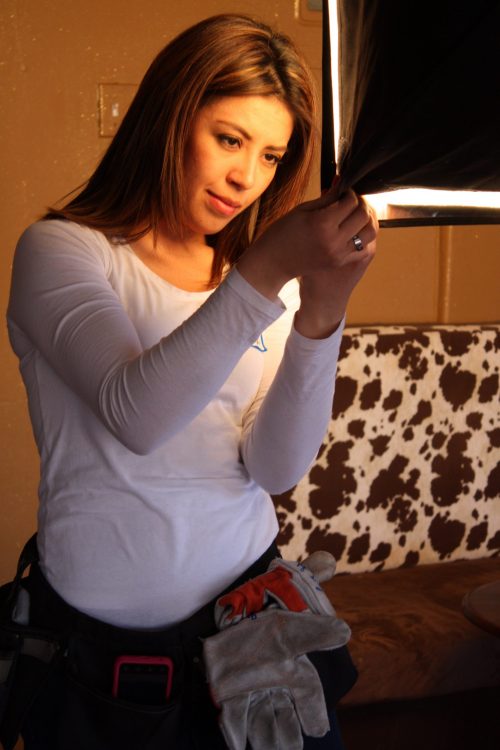 Setting lights at the Cowgirl 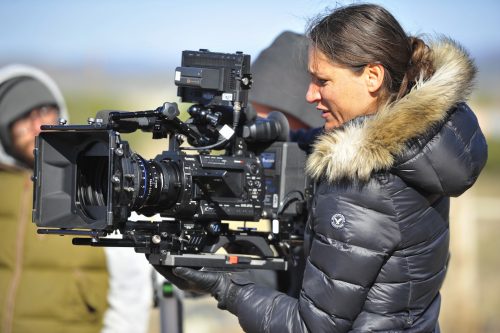 Check out a camera on day one and start making your film.

SFCC provides you with access to outstanding equipment and facilities including industry standard cameras, lighting, sound and grip gear. We also have fast, powerful, and comfortable edit suites, a recording studio, a green screen room and a sound stage.

SFCC’s Film Program prepares you for a career working in the New Mexico film industry. Our certificate and degree programs train students to work in the local New Mexico film and television industry or to pursue their bachelor degree. Students can choose to take their degree in a traditional two year format or accelerate their degree plan and complete the program in three semesters.

Santa Fe is a major film making center that has been voted the 2nd best city in the United States for independent filmmakers. Attracting film and television productions as well as actors and crews from around the world, New Mexico provides a wealth of opportunities for the novice filmmaker. Our graduates can be found in New Mexico working as location managers, camera assistants, electricians, grips and many graduates own small businesses producing film and media for national and international markets. Our film program focuses on collaboration, team building and altruism.

For more information visit the film programs at:

Please note, the SFCC campus remains closed to the general public at this time.

For help registering, please contact the Welcome and Advising Center.