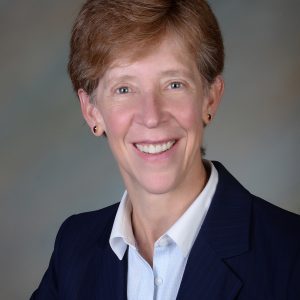 Rebecca K. “Becky” Rowley, Ph.D., is the ninth president of the college and brings a wealth of knowledge and experience in higher education to the Santa Fe community.

Since joining SFCC in July 2019, Rowley has emphasized student-focused success in a collaborative environment that engages students, faculty and staff. President Rowley has led with a strong focus on an efficiency and transparency. Rowley reaches out to community leaders and responds to the community’s needs.  A long-time advocate of community colleges, she continues to work with the legislature through the New Mexico Independent Community Colleges.

To ensure the college’s commitment to all, she oversees the President’s Diversity Advisory Committee.

Rowley was a member of the 2009 Core Class of Leadership New Mexico. In 2018, she was named a “Woman of Influence” by Albuquerque Business First.

As president, Rowley focused on moving Clovis Community College towards higher persistence rates (from 34 percent to 84 percent) and created a culture of collaboration. In 2013, Clovis Community College was named one of the Best Places to Work by the Albuquerque Journal. Since 2011, CCC has also created new programs of study, including a Physical Therapist Assistant program. Rowley’s other areas of expertise include leading various units of academics, student services, finance and informational technology to create new ways for students to finance their education.