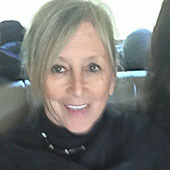 Patricia began her career after completing her Associate Degree in Nursing in 1979 from Olympic College where she later on was a clinical nursing instructor after earning her BSN from Pacific Lutheran University in 1987. In 1996 Patricia received her MSN with dual focus on Education and Community Health. And in 2001 she earned her FNP from Texas Tech University.

Patricia is passionate about teaching her students and has been a clinical instructor at Central NM Community College, University of NM and Olympic College. As well as the position of Director of MSN FNP Program at University of St. Francis Albuquerque Campus. Patricia has also professionally worked in vascular specialty, critical care, urgent care, family practice and post anesthesia care. She is also an active member in the American Academy of Nurse Practitioners, Oncology Nursing Society, National League of Nursing and NM National League for Nursing, and NM Nurse Practitioner Council. Pat is currently the Level IV lead instructor.