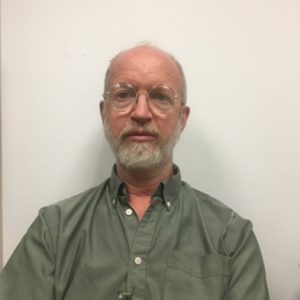 Artist John Boyce was born in Philadelphia in 1958. His mother was a fashion illustrator, “So I always thought of art as something you could do,” said Boyce. At Cal Arts (1976-1980), Boyce studied with Judy Pfaff and Jonathan Borofsky, his mentors. After Cal Arts, he went to Hunter College in New York. “I dropped out after a year. That was the first time I studied with Lynda Benglis; I also studied with Robert Morris, Rosalind Krauss, and Alphonse Schilling. Though I did not complete my studies it had a great effect upon my later life.”

Boyce then worked at the Johnson Atelier Technical Institute of Sculpture. The team primarily produced the works of J. Seward Johnson, Larry Bell, Joel Shapiro, Judith Shea, and Isaac Witkin, with whom Boyce worked closely for 12 years. Boyce added, “Isaac had a greater influence upon my artistic practice than any formal teacher ever could.”

While working at the Atelier, Boyce taught sculpture at the University of Pennsylvania’s Graduate School of Art. He also started flying gliders, a passion that has continued for 32 years. A job offer brought him to Santa Fe, where he was hired by Dwight Hackett’s Art Foundry to manage that establishment. “Unfortunately for Mr. Hackett and myself, it soon became apparent that management was not amongst my many talents,” said Boyce. He then joined Santa Fe Community College. After a gap of almost forty years, Boyce returned as a student to complete a master’s degree at the Vermont College of Fine Arts, where he studied with Viêt Lê, Dont Rhine and Mike Cloud.