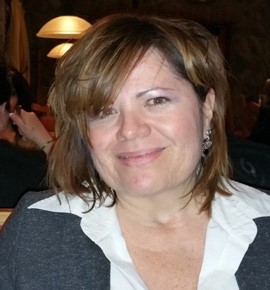 Carole Chávez Hunt was born and raised in northern New Mexico, having eight generations of family history in the village of Chimayó, New Mexico. She grew up hearing Spanish in the home and began studying Spanish, French and German at the age of 12. She first traveled abroad to Brazil as a foreign exchange student for one year where she became fluent in Portuguese. After returning home from her foreign exchange, she went on to study Spanish, Portuguese, and Greek at the University of New Mexico. She obtained a Bachelor of Arts in Spanish with a minor in Greek and subsequently finished her Master’s degree in Spanish linguistics and poetry at the University of New Mexico. She has since taught language for over 30 years at various academic institutions, including CNM, Santa Fe Community College, University of New Mexico and College of Santa Fe. In addition to her instructional experience in New Mexico, Carole has traveled throughout Latin America, primarily Brazil, where she has worked as an interpreter, trainer and tutor in Spanish, Portuguese, and English as a Second Language. During a brief hiatus from teaching, Carole worked as a Grant Administrator for the Boys and Girls Clubs of Santa Fe, a Diversity Consultant for Global Consulting, and as a Corporate Trainer for Presbyterian Medical Services.