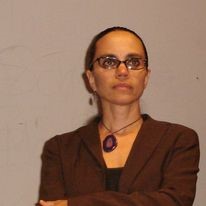 Dr. El-Kadi joined SFCC in 2018. She earned a Doctorate from the University of Colorado, Boulder in 2007. She also has a specialization in Medieval Iberian Studies from the Universidad Complutense de Madrid, Universidad Autónoma de Madrid and Consejo de Investigaciones Científicas (CSIC). She was an Assistant Professor and Director of the Brazilian Studies program at the University of Texas at El Paso from 2008-2015. She is an editor and literary translator (Spanish – Portuguese – English). Her research focuses on the representations of urban violence in Latin American media, cinema, and literature. She is also interested in immigration studies and issues related to social and gender marginality. Her edited book Sam No Es Mi Tio (Alfaguara/ Penguin Random House LLC) was a bestselling Amazon (in Spanish) in 2012.