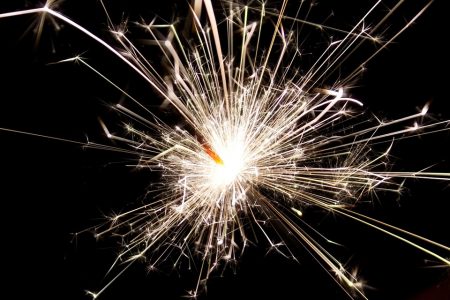 It isn’t him I love, it’s the idea of him, and his image haunts me, a ghost standing in blue jeans, his hands rugged and dark with work and sun, his hands partially in his pockets, never reaching out to me.

Electricity is used to describe the energy produced when electrons are caused to flow directionally from atom to atom.

On a morning without name I am following him on the highway, commuters headed into work. I imagine his gestures as he drives in and along the busy highway that turns into streets and then into freeway. I make believe he is listening to music rather than daily news, classic country at first but then switching to rock. I imagine he is sipping coffee, grazing on a burrito. I am in the vehicle behind his truck, trying to convince myself this isn’t strange, this isn’t dancing on the edge of crazy. I am just a commuter too, trying to get to work, but the fact is, I speed up and slow down just to remain behind the truck, his truck, and this IS on the edge of crazy. “But we are just commuters on the highway, meeting by chance,” I tell myself, and this is enough justification, and a September sun rises over the mountains, commuters in their own cars and my fantasies, my longings, hinging like the needle on the speedometer, edging on an invisible line of despair, desperation, and disaster.

During church services I see his wife and children. Sitting in the pew at the very back of the church, I watch their ordinary movements, young children shifting in boredom and discontent of having to stay quiet and still for so long. The service is long, or so it always seems for children. But we who are solemn adults are used to this kind of holy silence, moving in-between ceremony and prayer, appearances and meditation. I sit there staring at the characters in the pews, each with their own lives and intentions, mother’s and daughters, husbands and fathers. He sits in church with his family. I watch them, mouthing the prayer responses that I have known since I was a child, mouthing the prayers but I am far removed from holy holy holy.

Once he took me to a baseball game. I had only one beer that afternoon, and he may have had two. It was an afternoon baseball game, and he returned me home to my father’s house in the evening, daylight becoming dusk. I did not ask for another get-together. I did not ask for another date. Nor did he. And I exited his pick-up-truck like a shy girl who could have used another beer for bravery. I did not take his hand nor look in his face. I got right out of the pick-up-truck by saying only a quick and nervous thank-you-I-had-a-good-time-goodbye kind of phrase. And it was the quickest, most nervous, and regretted goodbye I’d ever make.

Resistance is a force that opposes the flow of electrons in a conductor. All materials have resistance. Resistance can be good or bad. We can reduce resistance by choosing conductors with low resistance, or choosing the proper conductor size.

He is an electrician by trade. A trade that entails tools and hands and preciseness. A blue-collar trade. And it is this I love, this idea of him, of trade and work and time in the truck and sun. He wears boots and wears faded jeans. He is tall and drives a truck. He attends church and does not speed on the highway. He carries himself with a soft pride that seems never to have anything to prove but walks strong just the same.

My husband has loved me going on eight years. My son will love me as he grows out of childhood and into adulthood. Neither of them will ever know the things I keep to myself. Neither of them aware of the electricity that lives within me, kept hidden, always hidden.

I used to think love was electric. I used to believe love struck like lightning. But what I have discovered is that love is fluid, a biotic element of mass and density and velocity. However, infatuation (the opposite of love) is electric, and it moves like electrons seeking out and moving to materials with shortages of electrons. Infatuation is electric, but love is fluid.

Protons and electrons, being positively and negatively charged (respectively), are attracted to and repelled by each other. Overall, the flow of electrons will seek a balance of charge.

In days past I used to work on rivers, lakes, and streams. Employed as a biologist, I used to float on the belly of the San Jan River, walk the high-mountain streams of the Gila, paddle the adobe-colored water of the Rio Grande. Employed to conduct assessments and gather biological data, what I was really searching and gaining was the sacred power of fluid, water, agua. Water is scarce in the great American Southwest, and thus my work and presence on the water was sacred in itself.

The notion of water, of fluid, is quite different than that of the electric force. Water in its natural state is a liquid, and it is ever changing (when heated it becomes vapor, when cooled it becomes ice). Water is considered the universal solvent. And water can change quickly, changing its environment, can separate and rejoin without loss.

One July morning I woke on the banks of the San Juan River to the sound of water. Its beckoning is what woke me, and I lay very still and listened. River-water pulled by gravity and gradient and rock spoke a subtle power that science alone could not speak to. I thought about the data we would collect that day –  water quality, fish species weights and lengths, river miles traveled. But beneath the surface of rushing water there was more. I lay on the banks of the San Juan river listening to the water, recognizing it for what it really was, an element un-described by science and logic, the most powerful force on earth, fluid rushing with an urgency that both was and wasn’t.

I try to define love in this story, in this telling, and I define it for myself, for all that I have known and will never know. I try to define love, and yet I know nothing. The love I have known for most of my life is that of my father and my mother, my brother and my niece; it is a love that is blood-born, blood-kept. But I search and I seek for that other love, the one colored in entertainment and in books. It is the love that is not real. It is the love that exists only in the atoms of our imagination, drifting in and out of spaces, flowing directionally in the way of that direction that was missed. A missed chance at what I convince myself is love. But love is not electric.

Love – it is both a verb and a noun. Love – it surprises and confuses me all at once. What I had with him, the Electrician with a capital letter “E”, was never close to love. Love is mature and wise and old and graceful. Instead what I had with him is a shameless electric infatuation, disguised as something more, disguised as something that I need it to be. Sometimes I live in the electric idea of love, of love with him, and him for me. But life never turned on the light, never hit the switch. So l live in in the dark, pretending that it’s lit, by some kind of light, some kind of spark.

L. Teresa Torres is a native of New Mexico and has been published in literary magazines including Conceptions Southwest, Scribendi, Bosque (the Magazine), & Pilgrimage.