Sidesaddle on her gander and in voluptuous
nakedness, Mother Goose hovers above
the unrhyming of her rhymes.
Her canvases are trampolines for curveballs—
steady eyes from an army of nude
Ledas defiant against Rubenesque leers
and unhinged from all slithering swans.
Instead, they demand their posed universes
be picture-locked into liberating subversion—
chairs float, domestic pups screw, a slab
of raw meat prays for us all. An alphabet
of random knives, forks, and plates
punctuate the dangers served up in bold
platters of irony and the owls, those owls
that seem to know more than they should. 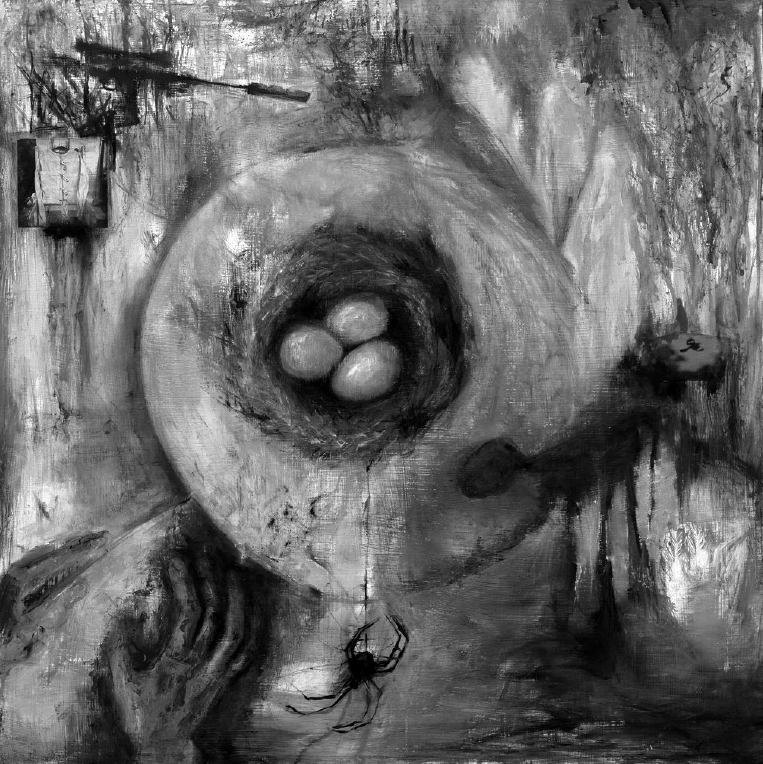 Self-portrait as an Assassin – Jasper Black