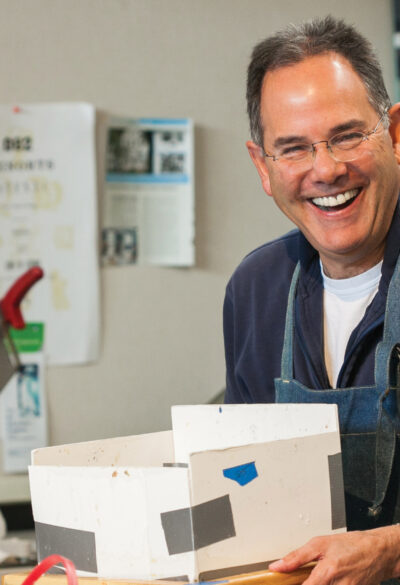 To comprehend a nectar

There is little to say about dry chicken bones

except that their splinters are hard and sharp,

and how these make such a painful connection

to the harsh retching sounds of a dog’s struggle

as he opens and closes his mouth.

Yet, if I did not believe in blue,

I could not have seen my love’s dark eyes

in that moment of shimmer,

the intimate luminance that brushes the heart

the way birds flying dawn will sketch the sky,

a completeness that radiates in colors and form

for a picture more brilliant than light,

and because of this I understand better

the import of foregrounding clouds,

how grey will shape and flatten the infinite,

shadow the clearness we hold,

shift the perspective of hope to hardness

and all too quickly arrive

at the yawing mouth of a struggling dog,

here, on a kitchen floor canvas,

with a brush of red splintered bones.

Elegy from an Archaeological Field School

on the Mogollon Rim among dark pines.

They painted pottery in polychromes

of red and white, finely shaped, and planted

from salt seas adorned their arms,

and, from the tropics, bright feathered

parrots perched in their homes.

Too often, mothers young with newborns

buried on their chests, their rib bones

woven with the baby’s — a bone basket

of mother and child gathered together,

Too often too, children under ten

buried in graves empty of offerings,

empty of comfort for one last journey,

empty of the pueblo’s grieving

close to birth was further from love:

to scrape a fetus from a dirt floor

uncovered in a garbage pit,

and between the shards, tiny notes

of their song — like those from a small bird.

Tony Luebberman moved to Tucson in 1969, attended graduate school, and worked for local government. In 2010, he completed an MFA from Vermont College of Fine Arts. Finishing Line Press published his chapbook, A Short Anatomy of Doorknobs in 2015. He has poems published in Cutthroat, EOAGH, and Sacred Waters. He volunteers at the University of Arizona Poetry Center as a docent and serves on the Center’s Development Council.