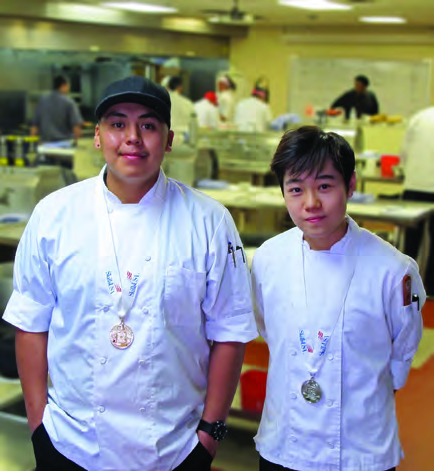 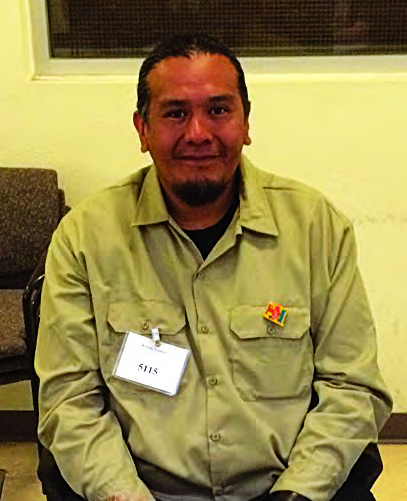 Pacheco will advance to the national competition. SkillsUSA provides educational programs, events and competitions that support career and technical education students. Kyle Pacheco, who is the student speaker at the college’s 2016 commencement, said he felt incredible pressure during the timed-competition, but relied on his skills learned in Lead Instructor Chef Michelle Chavez’s and Chef Patrick Mares’ classes to get him through to the first-place finish.  He plans to work his way up to become an executive chef at a Santa Fe restaurant.

Erica Lichin Tai, who won the second place silver medal, said it was not unlike the pressure of one of the national TV cooking shows. “We were given a limited amount of ingredients, with limited time to prepare our dishes,” she said, adding, “I’m very interested in the science and psychology of food. I love it when you can look at a plate of food and it can tell a story.”

Paul Quintana, a 37-year-old welding student, from Cochiti Pueblo, who won the second place medal in the welding sculpture category, said he’s learned much since enrolling in the welding program this year. “I had studied diesel mechanics and was familiar with welding, but I’ve learned so many practical skills at the college.” He will continue studying next year to earn an Associate in Applied Science in Welding Technology.