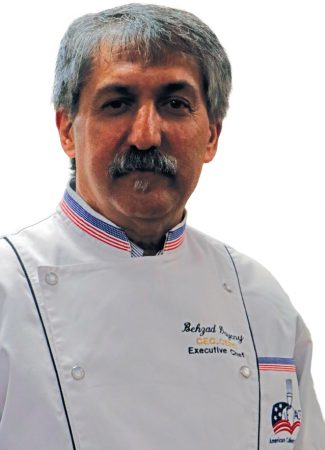 What you are experiencing when you taste those dishes are the culinary influences of Behzad Dayeny, Director of Food Services, who has served the college for 19 years. Dayeny grew up in Iran and lived for about six years in Europe, where he acquired much of his culinary training. He lived and worked in England and Greece and traveled through Europe before moving to the U.S., where he is now a citizen. While in England he met his wife, Zephyr, who is from New York and was working there as a corporate chef. “She grew up in an Italian family, so she had those cooking influences that she shared with me, as well. She encouraged me to pursue a career in culinary arts,” Dayeny said.

“As a child I grew up around restaurants, bakeries and confectioneries,” Dayeny said. “When I was young, my mother had health issues, so I cooked most of the meals for my family.” A long-time member of the American Culinary Federation and the World Association of Chefs Society, and a Certified Executive Chef and Certified Executive Pastry Chef, Dayeny takes pride in using fresh, natural ingredients to create his meals and pastries. In Santa Fe, he has worked at restaurants as either an executive chef or pastry chef including at the Inn of the Governors, Inn at Loretto, Bishop’s Lodge, and the former Old Santa Fe Trail Bookstore and Coffee Shop. “When I came to the college, I knew I wanted to offer more than typical cafeteria food.” He also taught culinary arts classes through the college’s Culinary Arts Program and Continuing Education Department.

Customers rave about his signature swan puff pastry. “I love to bake. I find it so relaxing,” he said.

When he’s not in the kitchen, Dayeny enjoys writing poetry, both in Persian and English. As a child, he memorized poems by the great Persian poets and he began writing poems when he was 14. He loves to read and study literature from around the world. He has had poems published in the Santa Fe Literary Review, reads his work to classes and at public events, and has had nine poems published in a limited-edition book created through the Book Arts Program. He regularly writes poems to accompany artwork by Printmaking and Book Arts Program Lead Patricia Pearce for her exhibitions at Vivo Gallery.

Dayeny began gaining his college credentials at SFCC before the main campus was built in 1988. He earned an associate degree in business from SFCC, a Bachelor’s in Business Administration from College of Santa Fe and a Master’s in Business Administration from New Mexico Highlands University. “I love the college and the people who work here,” he said. 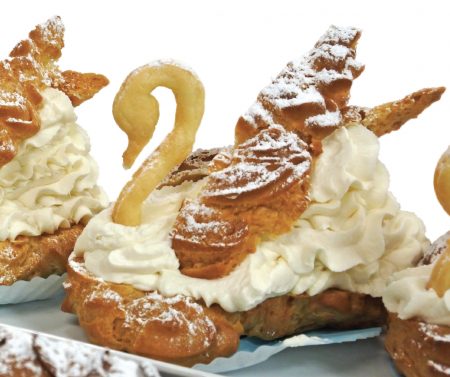 The Passport by Behzad Dayeny

The SFCC Foundation recently partnered with the oldest and largest food and wine society in the world, Chaîne des Rôtisseurs. Together they raised thousands of dollars for scholarships during a fundraising dinner, prepared by guest chefs Mark Connell, State Capital Kitchen; Cristian Pontiggia, El Nido; and Evan and Jen Doughty, the Palace Restaurant and Saloon with SFCC Culinary Arts Chef Instructors Patrick Mares and Jerry Dakan and Culinary Arts and Hospitality and Tourism students. SFCC was honored to host the competition on campus — the first time the contest was held in New Mexico. SFCC alumnus Kyle Pacheco (Kewa) won the top prize in the savory category and will compete next in the nationals. Capping the events, local and national representatives held a ribbon-cutting to induct SFCC’s Culinary Arts Lab into the Chaîne des Rôtisseurs. Read more at www.sfcc.edu/foundation. 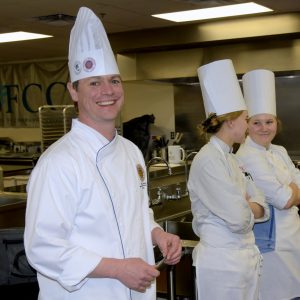 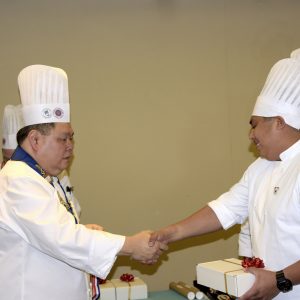 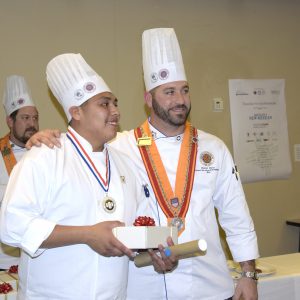 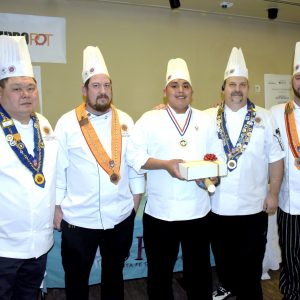 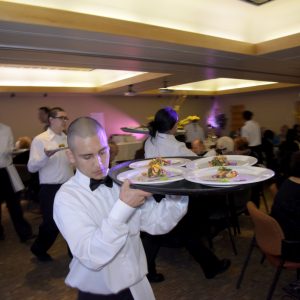 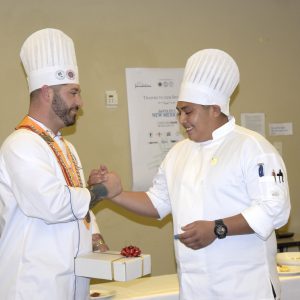 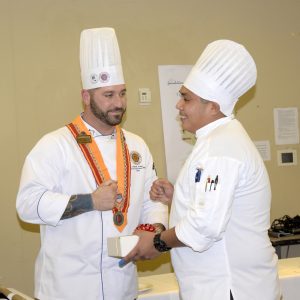 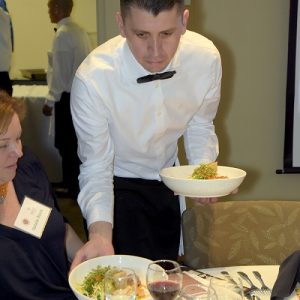 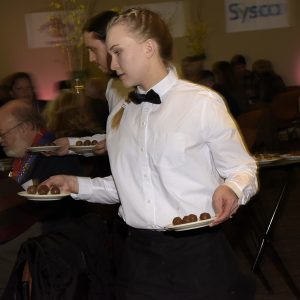 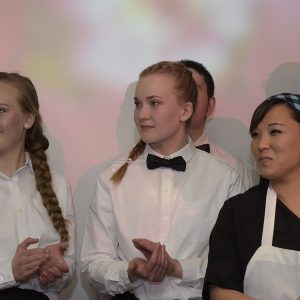