Hatherly Published in Community College Journal of Research and Practice

Amanda Hatherly, Director of New Mexico EnergySmart Academy, has published the article, “Teaching Building Science with Simulations,” in the Community College Journal of Research and Practice. 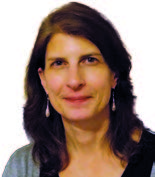 Long-time adjunct faculty member in Teacher Education and full-time teacher at Capital High School, Laura Carthy was awarded The Golden Apple for Excellence in Teaching. The award has been given to New Mexico’s most outstanding teachers since 1996. Carthy has taught at Capital since 1995. She began teaching at SFCC in 2001. She first taught Developmental Studies, then taught as adjunct faculty for the Alternative Licensure program. She also has been a Tecolote Group leader at St. John’s College since 2007. Welding Instructor Jake Lovato was awarded The Howard E. Adkins Memorial Instructor Section Award by the American Welding Society. The award was given “in recognition of quality instructional performance devoted to the promotion and expansion of welding skills and knowledge.” 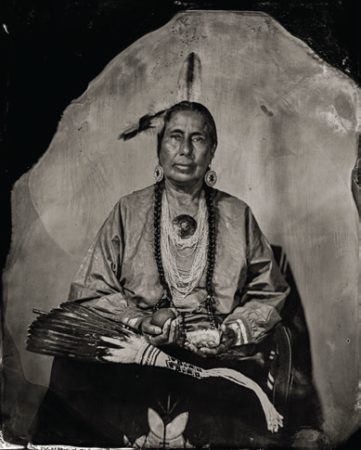 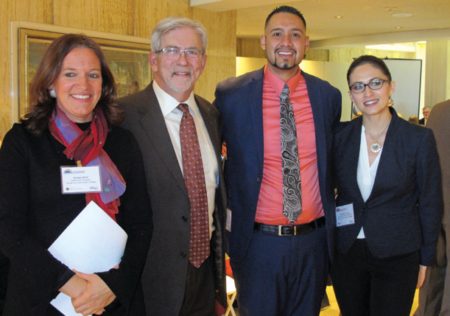 SUN PATH Consortium representatives shared
program successes with legislators and stakeholders recently at the Capitol.
Sponsored by the Santa Fe Community Foundation, the event gave partners and legislators the opportunity to discuss the program and explore how to sustain the initiatives that are getting people the skills and credentials they need to work in the rapidly growing health care field.
SFCC is the lead institution for SUN PATH, a collaboration of 11 New Mexico community colleges preparing students for good jobs and careers. Swedin worked for SFCC from 2006-2008 leading the effort to establish the Sustainable Technologies Center, partnering with the City of Santa Fe, the County, the Regional Development Corporation, and others to plan the programs and space that we now know as the Trades and Advanced Technology Center. She also developed entrepreneurship training programs, served as Director of Community Action for Creative Santa Fe, and as Director of Economic Development at the city. Contact Swedin at 505-428-1253 or kris.swedin@sfcc.edu.

Hospitality and tourism students Glory Sasser, Cordell Pacheco, James Forbes, president of the Hospitality and Tourism Club, and Ryanna Kramer, treasurer, attended the IMEX America exhibition in Las Vegas, Nevada, along with Hospitality and Tourism Program Coordinator Katherine Fox Ehlert. Expenses were covered thanks to the support of SFCC’s Student Government Association and the Office of Student Development.

Congratulations to students Jeremiah Star, Marlon Guite and Chason Simpson, who are working as paid interns for
a New Mexico EPSCoR (Established Program to Stimulate Competitive Research) SEED project for 22 weeks. The $50,000 grant is to update and improve the capacity to monitor algal growth.
One of the overarching questions addressed in the project is whether inexpensive, scalable, closed photobioreactors (PBR) can produce commercial biomass. The students will co-publish a research paper for the National Science Foundation under lead investigator assistant professor Stephen M. Gómez, Ph.D. Luke Spangenburg, Director of the Biofuels Center of Excellence, is one of the co-investigators.

SFCC hosts the AARP Tax Aide program that helps prepare income tax filing for hundreds of seniors and low-income residents free of charge. The service is available through April 18 in the William C. Witter Fitness Education Center, Mon.-Fri., 8:30 a.m.-5 p.m. and Sat., 9 a.m.-1 p.m. The tax assistance will not be available during Spring Break (March 13 to 19) or the Spring Holiday (April 14-16) weekend. For more information, contact AARP Tax-Aide District Coordinator Peter Doniger at 505-670-6835, ext. 1780, or taxhelpsantafe@gmail.com.