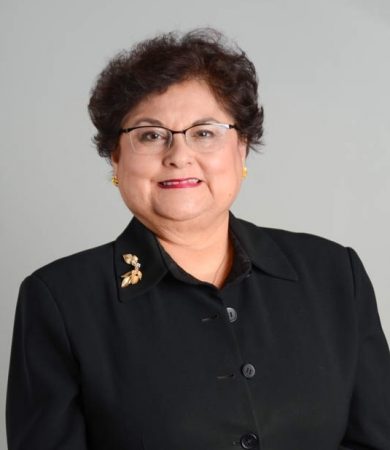 Dr. Cecilia Y.M. Cervantes was appointed by the SFCC Governing Board and joined the college in November.

“Santa Fe Community College is an outstanding higher education learning community consisting of focused, hard-working students and dedicated employees,” said Dr. Cervantes. “I am honored to serve as the college’s interim president and to work with the college’s team in supporting students as they accomplish their educational goals.”

“Dr. Cervantes has the experience to build on the progress the college has made in increasing graduation rates and fostering student success,” noted SFCC Governing Board Chair Linda Siegle. “She has a strong background in collaborating with community partners, business and industry to provide greater opportunities to students.”

Board member Kathy Keith added, “The students were particularly impressed by her commitment to diversity and that she is bilingual.” 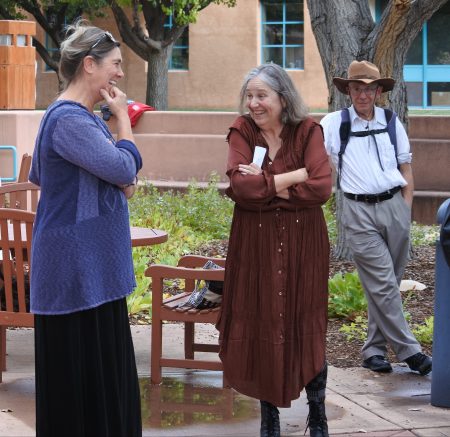 SFCC Creative Writing Program founder, instructor and author Miriam Sagan launched the concept of installing a Haiku Pathway in the central courtyard on campus. Sagan curated poems from those written by students and local poets.

She then enlisted the creative contributions of artist Christy Hengst, who pressed the haiku into ceramic stones. The stones are embedded in the gardens around the courtyard to inspire reflection and respite.

The installation is presented by the SFCC Foundation’s Art on Campus Program with support from the Liberal Arts Department and is funded in part by the Witter Bynner Foundation for Poetry. 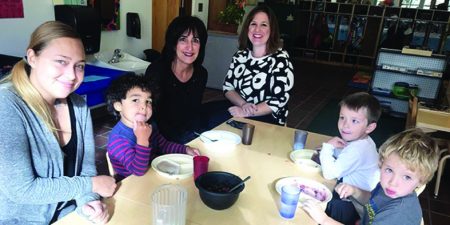 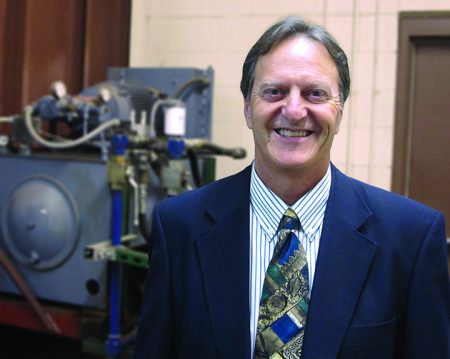 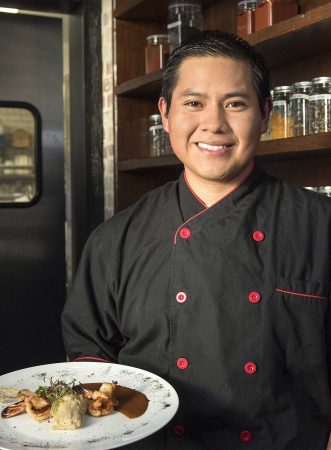 Cordell Pacheco, Chef, received an Associate in Applied Science in Culinary Arts, in 2016

Randy W. Grissom, who recently retired as President of SFCC after nearly 30 years in service to the college, received first place in the Sustainability Leadership category of the annual Mayor’s Sustainability Awards. He was acknowledged for his part in creating the School of Trades, Technology, Sustainability & Professional Studies which offers sustainability-related technology education and training, and provides stimulus to the local economy.

Former SFCC President James N. McLaughlin passed away in October from complications related to MDS, a blood cancer. After joining SFCC in 2001 as Dean of Administrative Services, Jim was appointed as Interim President in 2003, and served as the college’s fifth President from 2004 to 2006. He is survived by his wife, Sheila Ortego McLaughlin, who was president of SFCC from 2007 to 2012.