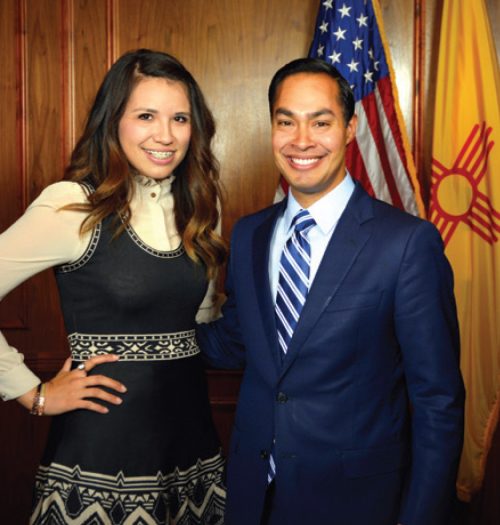 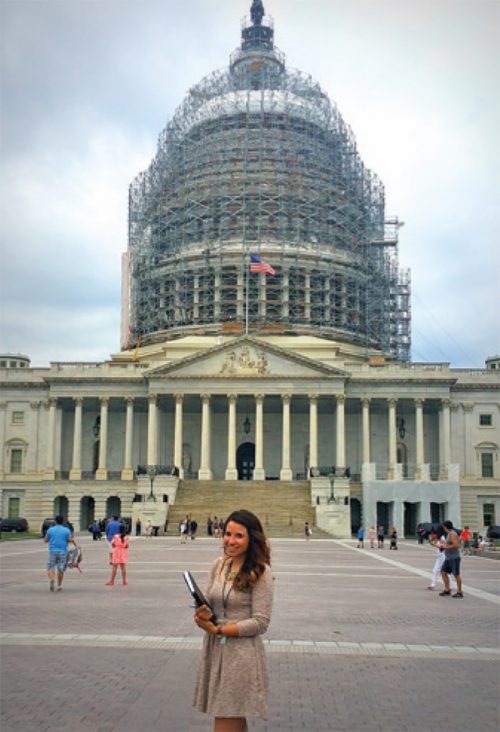 Cindy Nava worked in Washington, D.C. as the first undocumented immigrant to serve as an intern for the Democratic National Committee Headquarters.

Alumna Cindy Nava is proud to be known as DREAMer*, but she also considers herself a “Doer,” who is not just concerned about her own dreams, but passionate about helping others achieve their dreams. She is focusing her passion in the political arena. “I want to be a voice for those who don’t have one,” she explains.

As a DREAMer, Nava became the first undocumented immigrant to serve as an intern for the Democratic National Committee Headquarters in Washington, D.C. Nava’s parents immigrated to the U.S. when she was a child, and she currently awaits the approval of her legal status.

The talented 27-year-old, who was called a national rising Latina political star by the Huffington Post, says her love of politics and her leadership skills were developed while she was a student at SFCC.

“I learned a lot from Ernest Kavanaugh (Director of Student Development) when I was a student ambassador,” she says. She became the student body president in 2009 and was involved in many social causes. “There are so many to thank, but Rebecca Estrada (Executive Director of the Higher Education Center and Academic Partnerships), Dr. Meredith Machen (former administrator, now retired) and Letty Naranjo (Director of Adult Education) were champions for me,” she says.

While she enjoyed her experience in D.C., Nava says her “heart is in New Mexico where she would love to serve the people of the state.” Her first state legislative internship was with former N.M. Sen. Cynthia Nava, D-Las Cruces. “Everyone assumed I was related. I’m not, but it was interesting working with someone with the same name,” she said. The senator became one of her role models. She’s had many internships, but her longest has been working with Senate Majority Floor Leader Michael Sanchez, D-Belen.

“Cindy is a perfect example of how hard work, dedication and steady focus on longterm goals can change one’s life for the better,” Senator Sanchez said. “She has not only changed her own young life for the better, she has also positively affected many other lives with her enthusiasm and experience.

“Her work with ENLACE NM, an organization that works with underrepresented people, is indicative of her passion for assimilating immigrants into the American way of life. With her drive to help the less fortunate, she is an inspiration to all who know her, and an avid student of life, constantly seeking out new experiences. Her quest to learn the intricacies of the political process will prepare her to help even more people throughout her lifetime. I have no doubt that she will run for office and win someday.”

After her studies at SFCC, Nava transferred to the University of New Mexico and is currently pursuing a master’s degree in Education Leadership and Policy, with a concentration in higher education. She plans to obtain a doctoral degree in Policy.

Her transition to UNM was challenging. She would rise at dawn to take the train from Santa Fe to Albuquerque. Her days and nights were filled with classes, fellowships, internships and of course, much homework that she’d finish around midnight. But that wasn’t the toughest part – it was coping with the fear all undocumented immigrants face – that of deportation. Keeping focused on her dream of citizenship and educational opportunities kept her moving forward one day at a time.

Today Nava is living in Albuquerque and is a graduate research fellow and legislative bill tracker for the UNM Center for Education Policy Research. In keeping with her desire to serve, she is also a community outreach fellow for ENLACE New Mexico and a Civic Engagement Capacity builder for UNM’s Community Engagement Center.

How has she accomplished so much in so little time? “You need dedication, cultural grounding, passion and consistency,” she says.

*DREAMer: immigrants in the United States who might be, or might become, eligible for the Obama Administration’s Deferred Action for Childhood Arrivals (DACA) Initiative.