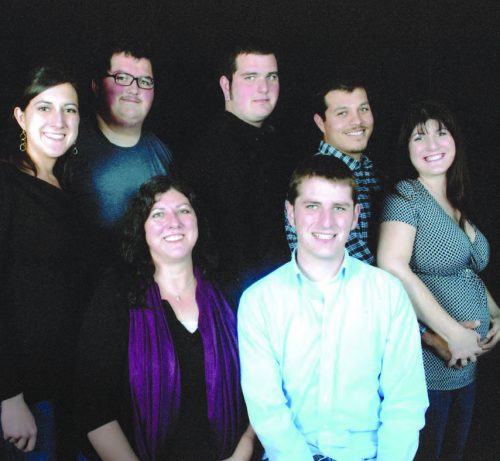 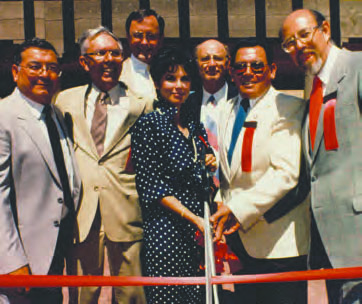 Santa Fe native Dr. Joe Hernandez did more than help found Santa Fe Community College, he founded a legacy. Today, three generations of the Hernandez family lay a claim to the college, having been a part of the institution as students, supporters and proud alumni.

For the Hernandez family, education had always been of the highest importance, and it’s what led Joe to support the creation of SFCC. He then became one of its founding board members in 1983, and served on the board for 18 years.

“All his life, he was always supportive of and very active in the school,” says Teresa Hernandez, one of Joe’s children. “He really valued education, and wanted all of his kids and grandkids to go to college. Although his health was declining, he was taking candy-making classes at SFCC, even though he was going through chemotherapy. That’s the kind of man he was,” she said.

Joe Hernandez passed away in 2006.

As a single mother of five children, Joe’s eldest daughter Teresa knows what it’s like to make tough decisions. For some, just making sure food is on the table can make goals like higher education seem out of reach. But for Teresa, sacrificing her children’s education was never an option.

Joe passed on his love of education to Teresa. After she graduated from St. Michaels High School, she married and left the state. Several years later she returned to Santa Fe, now single and needing to provide for her family.

Teresa turned to SFCC in order to start a new career, earning her teaching credentials through New Mexico Highlands University, and soon found work as a teacher. But things took a downward turn when her mother fell ill, and Teresa had to abandon her new career to become a full-time caretaker. “That was a difficult time,” Teresa says. After her mother was moved into a care facility, Teresa’s teaching credentials had expired so she didn’t go back to teaching. With five college age children, grandchildren on the way and no job, Teresa was in a tough spot. But she didn’t give up. She kept pushing her children and herself, and SFCC would again play an important role for her family.

“Higher education was really important to me,” she emphasized.

“SFCC was so helpful – it’s such a great resource. Without SFCC, I wouldn’t have been able to send my kids to school, I just didn’t have the means,” she said, adding that she didn’t want her children to accumulate student loans. But it was more than just practical concerns, says Teresa. “SFCC offers so many great classes outside of whatever it is you’re studying. One of my daughters went to UNM for a while, but would still take art classes at SFCC.”

All of Teresa’s five children have been SFCC students. Her oldest, Rebecca, earned a nursing degree and quickly found work at Christus St. Vincent Hospital. Veronica, Teresa’s second oldest, is currently enrolled in SFCC’s writing program. “Veronica won the student writing award in 2013, and wants to get her degree in creative writing. “My sons, Steve and Andrew, have been exploring what the school has to offer, and what kind of work they might be interested in when they graduate. Right now they’re focused on

The School he helped create, helped his family and many like them, to achieve the goal of higher education.

Dr. Joe Hernandez, far right, helps cut the ribbon on the first building on the SFCC campus. Founding President Bill Witter is pictured third from right. More than 30 years later, members of the Hernandez family continue to play an active part in the life of the college. the film program,” says Teresa. “And my third son, Matthew, is studying early childhood education. When he was at Santa Fe High he worked with disabled students and did home health care, so he’s known what he wants to do for a long time.” “SFCC makes education so much more attainable. You don’t have to leave town, you can take as many classes as you want, it’s nearby, and you’ll see people you know there all the time,” she says.

Teresa is also excited by the recent growth of the school. “The school has been built up a lot since I first attended in 2000, especially the sustainable energy part of the campus. SFCC keeps expanding in good ways. It’s great to see.” Aware of her family’s educational successes, Teresa decided it was time for her to pursue a new career path, this time in nursing. “My sister Barbara and my daughter Rebecca both went through SFCC’s nursing program, and they love their jobs. So I started looking into it and it seemed like a really interesting career,” she said, noting that she is applying to the program.

Today, Teresa has not only recovered from setbacks; she has been able to help fulfill her father’s wish to send all his children and grandchildren to college. The school he helped create has helped his family, and many like them, to achieve the goal of higher education. That’s a legacy his whole family can be proud of.