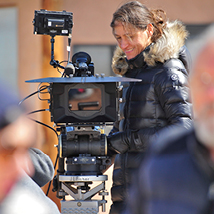 SFCC welcomes the public to a
Film Program Open House
Noon to 3 p.m., July 31
Learn about the college’s film program, jobs in the industry,
and see live production demos.

Register to receive a reminder.

Join us for a festive Film Open House at the SFCC Campus to learn about the film industry and how to get training and education to prepare you for work in the growing film industry.  Learn more about SFCC’s Film Program.

Attend all events or stop by for a part of the program.

Sign up to receive a reminder the day of the event