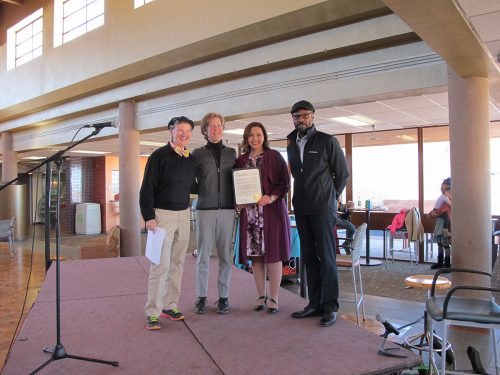 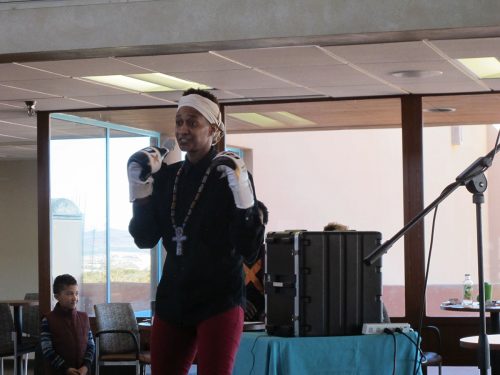 Oriana Lee spoke about being champions for equality and positivity. 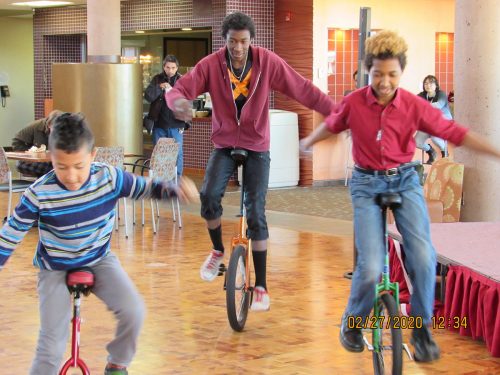 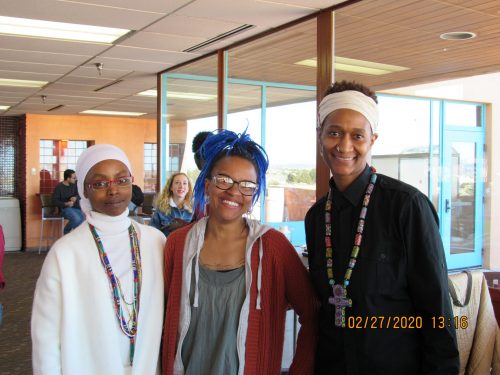 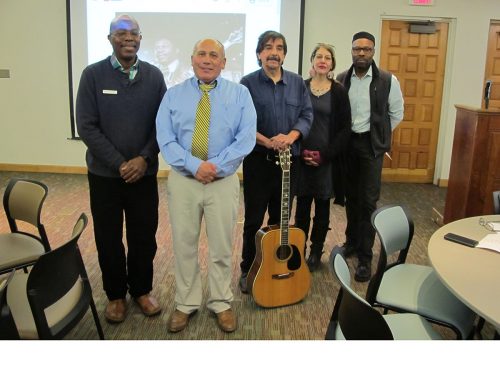 Some of the organizers and presenters (from left to right) John Ketchens, Stephen Martinez, Ph.D., Andrew Lovato, Ph.D., Emily Stern and Yuri Findlay. 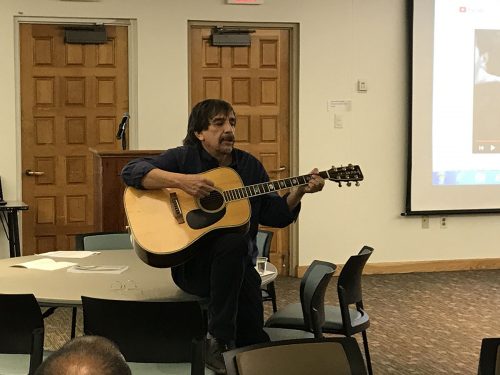 Andrew Lovato, Ph.D., speaks about the blues at the Feb. 5 Black History Month event. He is the author of 'The Big Book of Blues Guitar: The History, The Greats―And How to Play.' 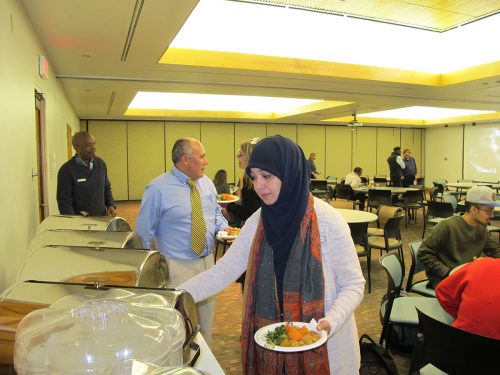 Eventgoers took a break between presentations and enjoyed a spread of traditional African-American foods. Weekly events will continue through February 2020.

Santa Fe Community College’s Black History Month started a day late due to last week’s snowstorm. But activities got into full swing on Feb. 5. The organizers describe the “Shades of Color” series as a multicultural journey to learn about and recognize the accomplishments of African diaspora and LGBTQ+ individuals and organizations.

Stephen Martinez, Ph.D., talked about  the New York Times The 1619 Project. A blues guitar demo and conversation about the blues was led by Andrew Lovato, Ph.D. SFCC professor and author of The Big Book of Blues Guitar: The History, The Greats and How to Play. Samples of popular African-American foods were enjoyed by participants.

That event concluded with Bryan Stevenson’s Ted Talk titled “We Need to Talk About An Injustice.” Stevenson is a public-interest lawyer who has dedicated his career to helping the poor, the incarcerated and the condemned. He’s the founder and executive director of the Equal Justice Initiative, an Alabama-based group that has won major legal challenges eliminating excessive and unfair sentencing, exonerating innocent prisoners on death row, confronting abuse of the incarcerated and the mentally ill, and aiding children prosecuted as adults. He has been awarded 14 honorary doctorate degrees. Bryan is the author of the New York Times Bestseller Just Mercy: A Story of Justice and Redemption, that was turned into a major motion picture. “

Read more about the many other 2020  “Shades of Color” events here.

A big thank you to The BHM and LGBTQ Planning Committee of Yuri Findlay, Dr. Steve Martinez, Emily Stern and John Ketchens!