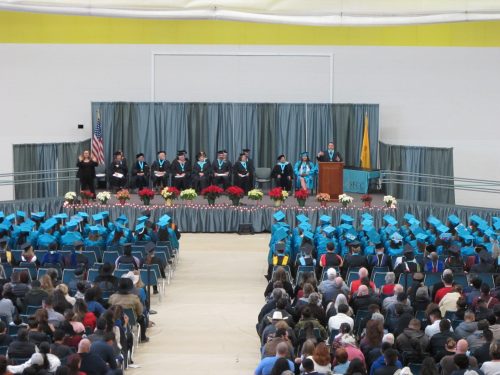 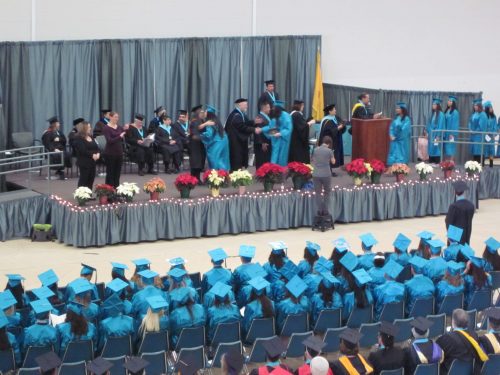 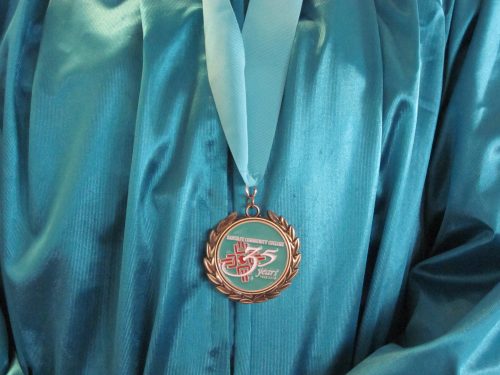 Graduates were given a 35th anniversary commemorative medallion. 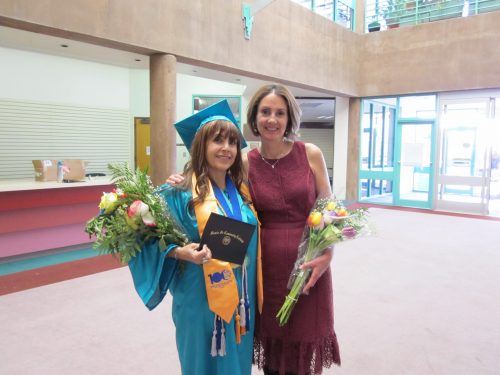 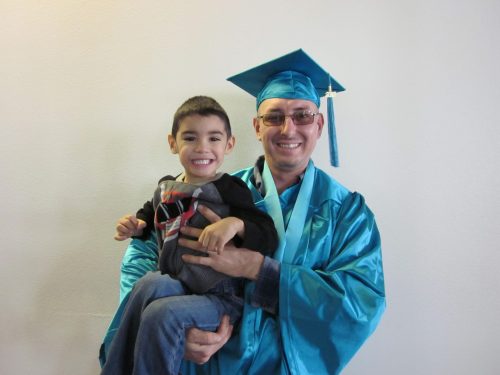 Thomas Peña celebrates graduation with his son. He received his AAS in Welding Technologies from Santa Fe Community College. 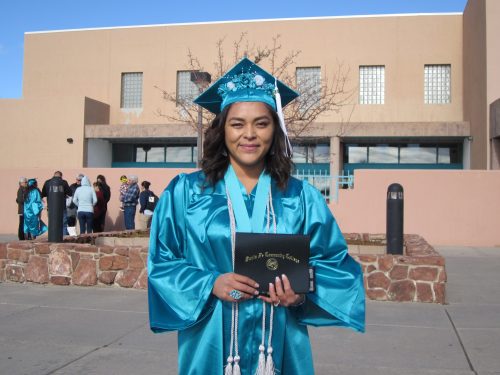 U.S. Rep. Ben Ray Luján, the highest ranking Hispanic serving in the U.S. House of Representatives, talked to Santa Fe Community College’s 2018 graduates about the importance of getting an education, using your education and voting. He also reflected upon the college’s 35th anniversary and the role his father, the late Ben Luján, played in the establishment of the college. “He carried the legislation that created Santa Fe Community College. And that legislation passed by only one vote,” he said.

Congressman Luján praised the college’s sustainability programs and the impact those graduates will make. He also noted that his father, who belonged to the Ironworkers Union, had to go to California to learn how to weld and how impressed he would be to know that the college now has a welding program.

He emphasized to the graduates to “be proud of what you accomplished, but don’t every stop treating people with respect.”

Student Speaker Rosa Turner talked about how she had seen a video of a mama bear helping a baby bear reach the top of a peak.  It reminded her of all those who had helped her reach her accomplishment of receiving an Associate in Arts in Accounting and Associate in Arts in Business Education. The native of Honduras talked about growing up without electricity and studying by candlelight. She also shared that her village did not offer educational opportunities to those who wanted to study beyond elementary school. Her father helped his eldest daughter pay for her education, and succeeding siblings helped the next child reach their educational goals.  She concluded that we should never forget those who have helped us and to never underestimate the power of “paying it forward.”

Check out the video for full coverage of the 2018 Fall Commencement.