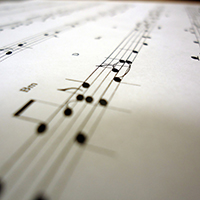 The SFCC Spring Choral Concert begins at 6 p.m., Tues., May 1 in the Jemez Rooms on campus, 6401 Richards Ave.

The Spring Choral Concert will feature folk songs from the United States and Wales, music by Benjamin Britten, and the New Mexico State Song. The concert will be directed by Fred Graham and the choir will be accompanied by Margaret Coxwell on piano.

SFCC is committed to helping you complete your education. Classes have shifted primarily online. View the SFCC Covid-19 reopening plan.